Should You Buy Your Pets Christmas Presents?

Christmas is a time of year for sharing love and joy with all your family. Presents under the tree is a common sight, no matter how much has been spent.

But is there a slightly hairier family member you’ve been forgetting every year? Or perhaps a feathered friend or a scaly companion?

Very few people wouldn’t consider their beloved pet a part of the family. However, opinions over whether we should be buying our pets Christmas presents a hot topic of debate.

Many go wild, treating their animal pal like a child and showering them with everything they need. Others see it as a waste of money.

So is there a right or wrong option when it comes to presents and pets?

We look at the arguments for and against…

Why you should buy your pet a Christmas present

The argument for present giving is pretty obvious.

We love our pets, like a child, so why shouldn’t we indulge in them and spoil them come festive season? 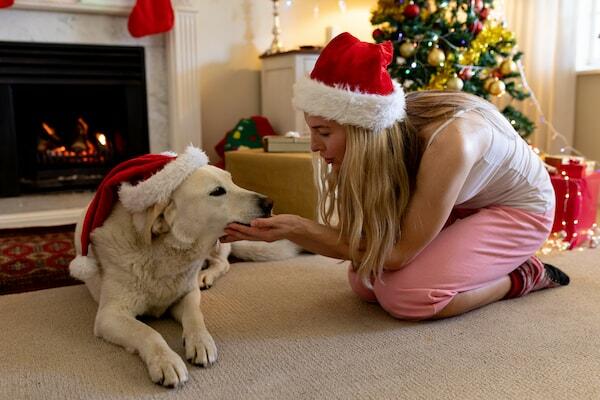 And once we hit you with these pet present stats, you’ll quickly see that most pet owners put themselves firmly in this gift-giving camp and agree there are no issues with getting thrifty!

A 2017 survey revealed that the UK market for pet Christmas presents had gone up by a huge 300%, with major outlets expanding their pet present ranges by tenfold.

And it sounds like they needed to as well, as another survey by Cox & Cox in 2019 revealed that 75% of pet owners now get their furry friend a gift at Christmas!

Interestingly though, spending habits and actual gift buying varied between types of pet.

For example, the Cox & Cox study found that 89% of dog owners bought their mutt something for Christmas, but when it came to cat owners, a much lower 69% felt the need to spoil their feline.

These rates were even lower in animals such as fish, horses and small animals, with only 12% of reptile owners spending big on snakes and lizards, making them the official scrooges of the pet world.

What kind of pet you own also had an impact on the amount you spent on your best buddy too. Dogs and small animal owners shelled out an average of £29 per animal, but cat owners were only willing to part with around £18.

Reptile owners spent only an average of £5. Boo-hiss!

So what has caused this sudden surge in pet presents? Well, like most things, it’s the millennial generation at it again!

The average spent then decreases with age, with those aged 45-54 (roughly Generation X) spending £20 and pensioners of 65+ spending just £11.

After reading all this, it’s fair to say if you’re not yet buying your pet presents, the rest of the UK is passing you by and it will only be a few more years before your gift exodus is deemed animal cruelty.

In fact, a survey from Vetstreet revealed that 66% of pet owners are now even buying presents for other people’s pets!

It’s becoming the norm people… and there is no escape.

Why you shouldn’t buy your pet a Christmas present

The argument against it comes mainly down to two things: money and need.

Do you really need to spend that much on a pet that doesn’t understand the concept of Christmas?

And just as crucially, does your pet really need or want some of the presents you’re planning on giving them?

While the average spend of £25 on a pet isn’t really too much to worry about, many people can go seriously overboard, which can cause strain for partners who are perhaps not as keen on treating pets to a big percentage of their Christmas bonus.

Take dog lover Sue Tostevin, who featured in The Sun after spending £2,700 on her dog and even serving the pup Xmas dinner before her husband gets a mouthful. 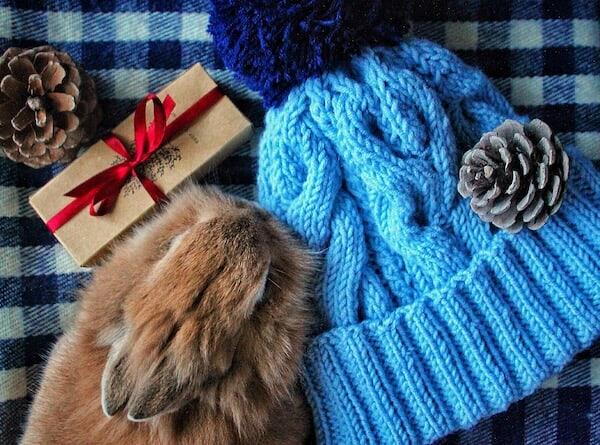 Sue also told The Sun how her husband’s presents were simply made up of what meagre amount was left of the budget. While this might sound like a rare and ridiculous case, wait till you get a load of this…

30% of people plan to spend more on their dog than their partner at Christmas, meaning there are plenty of others out there discovering they’re a lesser priority than the dog this December!

And it’s not just partners who are suffering at the hands of spoilt pets either.

A survey by Animal Friends in 2017 revealed that while 71% of pet owners planned to surprise their prized pet with a special festive gift, only 41% were bothering to get their poor dads anything at all.

If your loved ones are more than okay with it, then it’s not really a problem. But if it’s going to be the cause of any relationship issues – is it worth it?

Another issue is when people’s pet splurges go above and beyond to the point where the items aren’t needed.

Given the average UK spend on a pet is £25, any range of items well over that amount are usually not going to be necessary and you should really think about what gifts are going to make your dog happy rather than you!

Dog’s are pretty simple creatures, so a cheap gift they can have fun with or tastes great is probably going to mean more to them than a diamond-encrusted dog bowl.

With the market growing though, it’s likely that plenty of companies and manufacturers will be looking for ways to create ever costlier gadgets and gifts designed purely for pets and avoiding wasting your money is going to become more and more tricky.

What our readers say…

We asked Reddit whether they were for or against giving pets Christmas presents, here’s what they said:

“If it makes you happy to get fun things and treats for your dog, do it. My friend is making stockings for my two and they will be filled with some treats. To me it’s just fun, but I also am a huge dog lover!”

“I just had a big box of toys delivered for Christmas for my pup. He may not understand, but I love having him sit next to us on Christmas morning and unwrapping his presents. He loves suddenly having a few more toys and treats. It’s fun for us, but I definitely understand not wanting to waste extra money.” 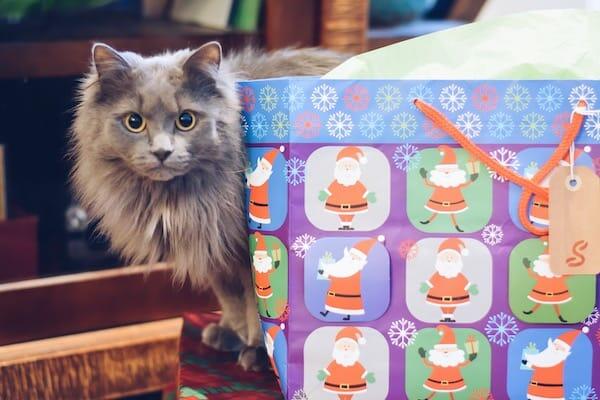 “My dog is a nut for wrapping paper and boxes. Absolutely loves shredding them. I will never know why. He likes being included otherwise he tries to get the boxes and wrapping paper himself. So we get some nice toys for him and he is happy as can be.”

“I’m not doing it this year, but I have in the past. Dogs may not understand Christmas, but they can still enjoy the gift.”

“It’s ridiculous, but we do it anyway. Sometimes ridiculous isn’t a good enough reason not to do something.”

As you can see, whether they agree with the sentiment or not, no one seems to be able to come up with any good reasons against not treating a pet for Crimbo!

Presents For Pets: The Conclusion

So… should you give your pets Christmas presents?

The answer for most, as you should have gathered by now, is of course yes! But factors including practicality and money come into play. We need to cut down on buying things for the sake of it, and it isn’t worth getting into debt over buying anybody presents – even humans.

While some animals definitely won’t have any idea what’s going on and will struggle to join in with the festivities, cats and dogs often love tearing through the wrapping and generally spending the day cuddled up with the fam!

Although it’s more fun for us than them, they’ll surely be grateful for their brand new spanking prezzie provided you pick something appropriate.

Our advice is to limit your spending to a reasonable amount. The best things to choose as gifts are edible treats and interactive toys, as these aren’t really going to cost you much and your pet is guaranteed to enjoy them. They will also be used.