The Life Stages Of A Dog

Whether your dog is an excitable puppy needing all of the attention in the world and chewing everything they come into contact with, or they are reaching their later years and you need to make some changes to your lifestyle, looking after your dog involves different hurdles at different ages.

Young dogs need to be given the best start in life, and those who are reaching the end of their life need to feel comfortable and at ease, being prone to more health risks.

With age also comes introductions of:

Welcoming a new puppy to the family is an exciting time, but they need an awful lot of work and attention.

Their puppy stage begins from birth and ends between six and 18 months later, but most of the changes are in the middle of this. They will spend their puppyhood nursing and weaning (at around 4-6 weeks), playing with their siblings and socialising, exploring their environment and building up their immune systems. 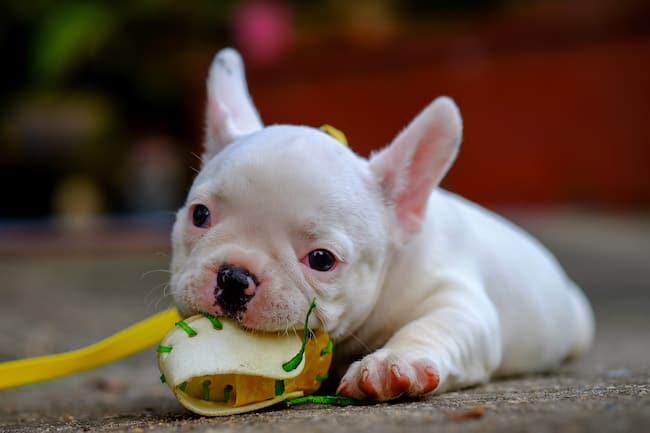 A dog can be separated from its mum at the age of eight weeks. It is vital you sign them up to a veterinarian and get them seen as soon as possible so they can detect any health issues and you can get some advice catering to your specific breed. They will also need to start having regular injections and boosters.

When two to three months old, they could need feeding up to four times per day with dedicated puppy food. This goes down to three times between three and six months, and down again to two between six and 12/24 months depending on breed. So, most of their dietary changes will occur at this stage.

It is also when to begin a lot of the more mundane stuff. Get them used to having their teeth cleaned, their hair brushed, their coats washed and applying flea treatments and any other creams or medicines, so it isn’t a hassle when they’re older.

This junior period can also occur between six and 18 months after birth but will happen quicker with smaller breeds, which is why there is no telling when exactly it will happen with your dog. Generally, they reach adolescence when they are able to reproduce.

Think of it like a human child’s first few years at nursery or primary school; there is clumsiness as they grow and get used to their new bodies, and they are more inquisitive to what is going on around them.

This makes it the perfect time to start some training. It won’t only lay down the law and give you a well-behaved dog in later years, but can also help keep their brain active. At this age, they have bundles of energy, but a tired mind is just as important as a tired body.

Remember that a dog’s skeleton is not mature until around two years of age, so you shouldn’t overdo the exercise until then.

Much more exciting for a dog than it is for a human. Around one to three years after birth, they will begin their main (and longest) stage of life.

You can usually tell when your dog is an adult when their height and size reach a point that’s typical for an adult of his or her breed and sex. For example, a female labrador should be between 25-32kg when fully grown, so once they get around 25kg it is usually a good sign.

You may also be able to tell if you look at their teeth and see they are fully formed, or simply when your dog stops misbehaving and being a bit cheeky (but do remember that some will be like this for their entire lives!)

They should be in their best shape when an adult, but they can face health issues at this stage. From foot and joint injuries when walking to weight gain if they are eating too much or not getting enough exercise, it is important to keep an eye on everything.

No dog lives forever, as much as it pains us to say. Between seven and ten years of age, or in the last quarter of their life expectancy, they can begin to show signs that they are getting a bit older. In human years, this is around the ages of 40-60.

This is not to say that all dogs at the age of seven will start to deteriorate, but you may need to make some changes to their diet and exercise regime. There are dedicated foods out there for senior dogs, which can help their joints and is easier to digest. And while they still need exercise and joint movement, they may not be able to walk as far or as fast.

Some may not actually show any signs of ageing until they are over the age of ten, and it can all depend on the breed as well. Smaller dogs (by weight) do tend to live a bit longer than larger dogs.

It can be the period of life where joint issues, vision and hearing loss, weakened immunity or bladder issues start to emerge, so it is good to get advice from your vet on any changes which need to be made. You may need to start them on supplements or special treats.

You should also ‘age-proof’ your home and clear space so they can move around safer and easier, and thicker bedding can give them some relief.