What To Do If You Find A Baby Bird

In Spring and Summer, it can be quite common to find young birds hopping about or sitting on the ground without any sign of their parents, especially near trees or bird feeding stations.

While it may cause initial panic for you, chances are that there is nothing to worry about; many fledglings of garden birds leave their nest just before they are able to fly, either because they can no longer fit or because their parents have decided that they are good to take on the world themselves!

So, it is not uncommon to find a very young starling, wren or sparrow in your garden in these months if you are a bit of a wildlife haven. Removing them from the wild could mean taking them away from the care of their parents, and reducing their survival chances.

But here is the key point – fledglings can be fine when on their own, but it is a bit less certain if the bird is a nestling. 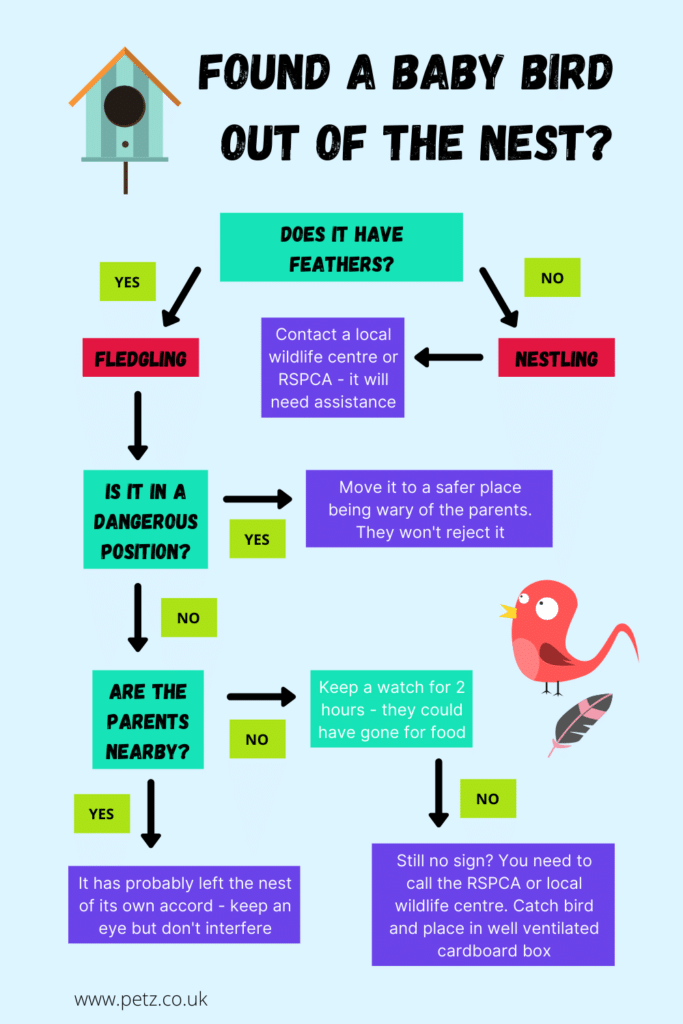 The main way to tell the difference is by their feathers.

If they don’t have any feathers are just covered in a fluffy down, they are nestlings. It is likely that they have fallen out of their nest, therefore, and without the protection of the nest or feathers, could struggle to survive. You should contact your nearest wildlife centre so they can take it on.

These centres will often give you some advice before accepting birds, as hundreds are handed over every year which would have been fine if left alone.

Fledglings are usually on the ground as part of their move to independence away from the nest. Interfering with one of these birds could cause more harm than good, and they are unlikely to have been abandoned by their parents.

In fact, mum and dad are probably watching from a safe distance and still feeding their little one! But, if they see you too close to them, they could then abandon them which causes the issues. There is even a chance that they won’t approach them because you’re there.

Fledglings should only be removed from the wild if injured, or if they have almost certainly been abandoned, but it is a last resort.

Tawny owl chicks are incredibly mobile before they are even half of their full size. They can commonly be seen moving around their nest area, sticking to the tree where it is situated.

If you see a baby owl, leave it where it is as taking it away will likely be unnecessary and could even result in you being attacked by a parent.

You should be able to hear their parent nearby

Watch from a distance for a while, and if there is genuine concern that it is abandoned, call a wildlife rehabilitator.

Should I put a baby bird back in its nest?

If the bird is a nestling, there is a possibility it could go back into the nest. There are a few things to bear in mind, however:

Fledglings will likely have left on purpose, so should not be put back into their nest.

What do I do with a baby bird in danger?

There is the chance that the bird is in a dangerous place, if there are cats around, or if it is in the middle of a road.

In this case, you can handle it. Move it to a short distance away, somewhere safe, but still within listening distance of where you assume the nest or parents are.

If the bird is in your garden and you have pets, especially cats, always ensure that they are kept away from the birds until they have flown away safely. In situations like this, it should always be the domestic animals who make sacrifices for wildlife.

Need to talk to somebody about a particular situation for advice, or do you need to hand a baby bird over to specialist care?

A good point of contact wherever you are in the UK are the RSPCA (England and Wales), SSPCA (Scotland) and USPCA (Northern Ireland). They can give advice on what to do, and in serious cases will be able to come out and make a rescue.

Help Wildlife is another fantastic charity that can give advice, and there are loads of resources on their website too.

Many areas also have dedicated local rescue centres – a quick Google search should throw some up. Be aware that many are understaffed and underfunded, however, so you may have to look after the bird for a while before they can collect if you can’t get to them. 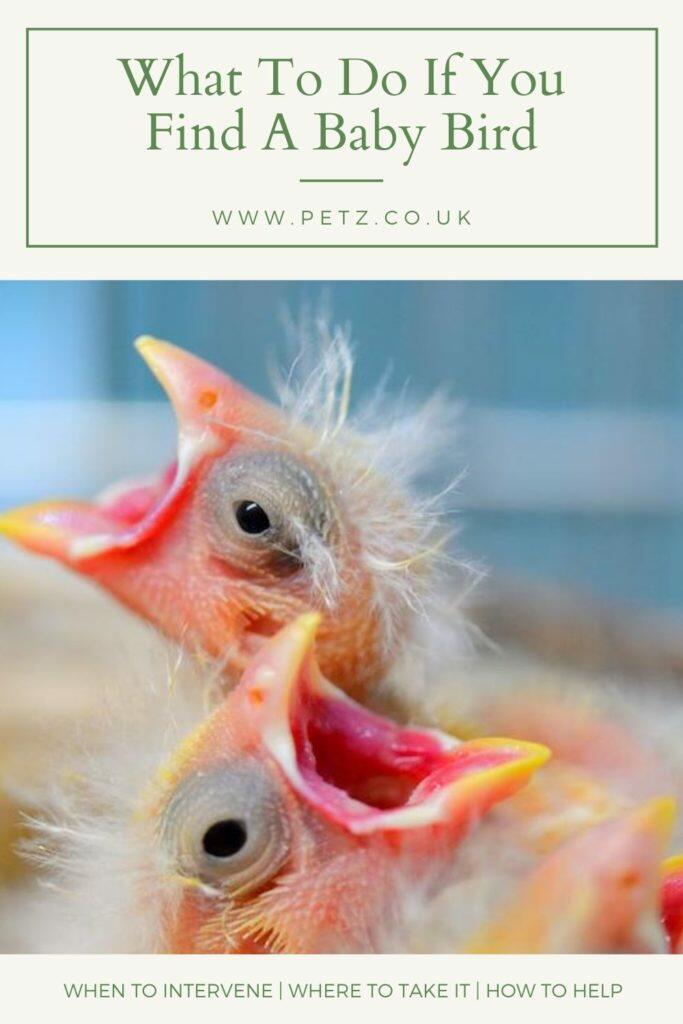