Can Dogs Get Hay Fever?

Just like us suffering and sniffling pollen haters, dogs too can battle with bouts of hay fever in the summer months, although their symptoms tend to differ from the classic itchy eyes and runny nose we humans get.

Instead, most pups tend to display their allergic reactions through their skin, and so depending on the time of year, an ever scratching pooch may well be suffering from hay fever!

Although there’s no cure for such annoying allergies, helping your canine through a sneezy season is perfectly possible through things like more frequent washing, and so to help spot the symptoms and you keep your mutt calm and relaxed, we’ve put together this handy hay fever guide for pups! 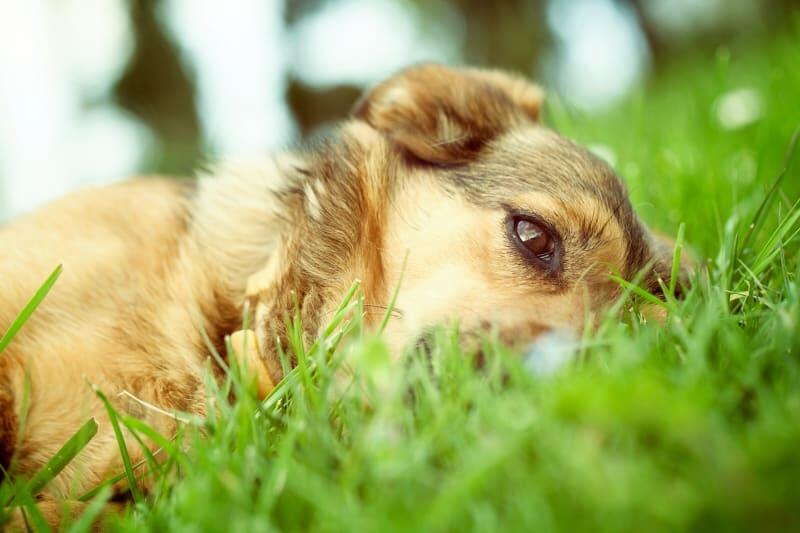 Hay Fever in dogs is most commonly displayed by frequent itching and scratching in the spring and summer months.

The main symptoms are:

Sometimes these symptoms can be problematic, especially if your dog is scratching so much that it is breaking or damaging the skin. The subsequent inflammation can cause a build up of bacteria or yeast and lead to infections of the skin and ears if allergic reactions aren’t prevented.

Dogs may also show signs more commonly associated with a human pollen allergy, such as:

It’s important to recognise that if these symptoms are occurring at other times of the year, it’s unlikely your dog is just suffering from a pollen allergy. 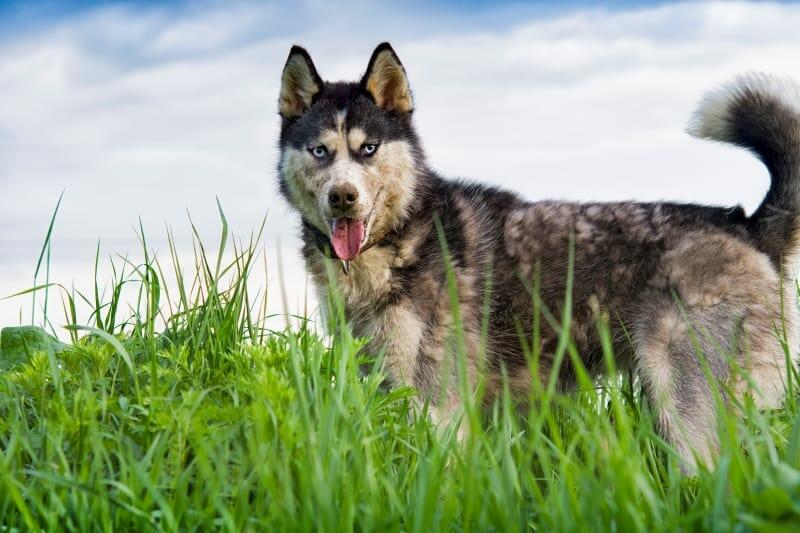 There are plenty of other conditions which can quickly create an itching mutt, and so it’s possible they could instead be struggling with fleas, mange or a bacterial/yeast infection.

So the next question is, at which times of year is doggy hay fever most likely to occur?

Hay Fever symptoms can occur from reactions to a few different pollens, and so when your dog actually begins to suffer from a reaction will depend on which type they are allergic too.

As a rough guide, here is when the most common pollens are at their highest count in the UK:

Dog Breeds That Are Susceptible To Hay Fever

For whatever reason, hay fever is more common in some dog breeds than others, so play close attention if your pup is one of the following :

Hay Fever can’t be cured and so to make things bearable for your pup you simply need to find ways of managing the symptoms. 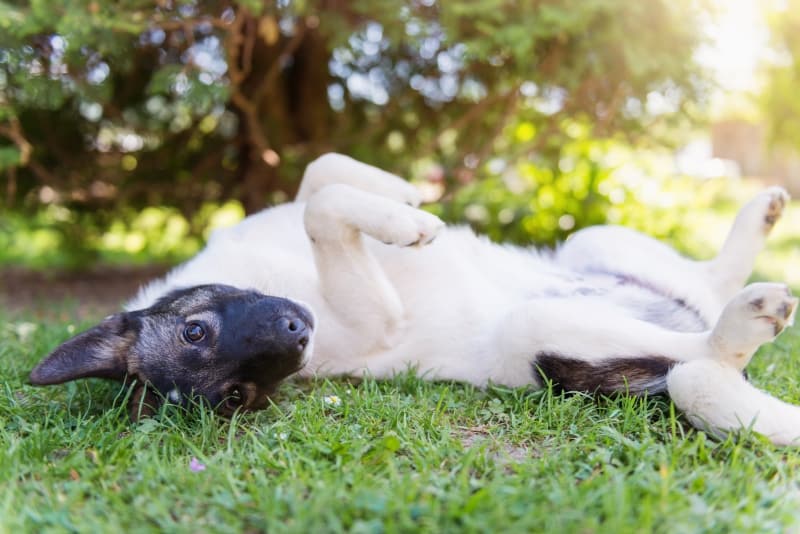 If you don’t want to test out a ton of allergy alleviating products on your pup, there are plenty of ways you can help limit your dog’s exposure to pollen without even spending a dime.

Because prevention is always the best method when it comes to environmental sensitivities!

If you really can’t get a handle on your hound’s hay fever, you should always consider going to a vet to have their allergy officially diagnosed and to get some guidance or prescriptive drugs to help counter the symptoms.

You could also try using some of these products:

If you’re certain of which pollen it is your dog has an allergy too, there are further steps you can take when it comes to limiting their exposure to it.

Naturally, if your dog is allergic to grass, you need to restrict their time spent on the surface by avoiding fields when walking and limiting time spent in gardens. 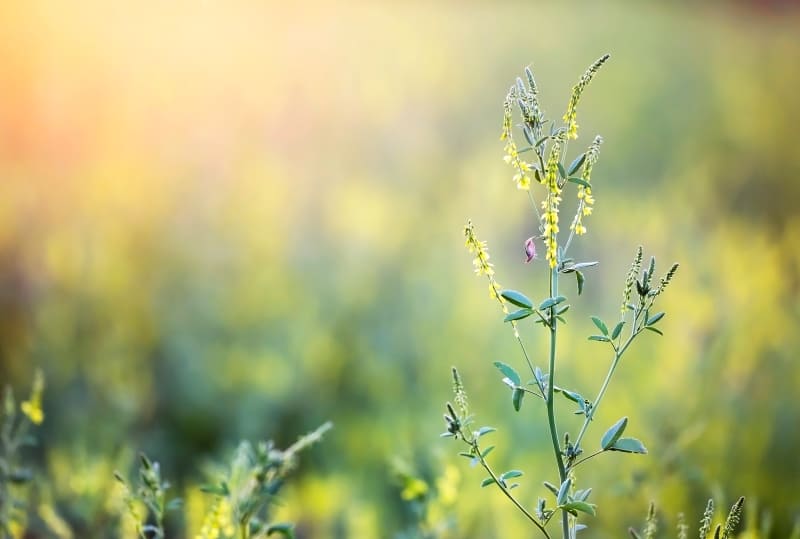 This can’t always be avoided, however, when it does happen, try and prevent your mutt from rolling around in the grass and picking up pollen in their coat. Keeping your grass short and properly mowed can also help prevent pollen from becoming trapped much higher than the paws.

If your pup particularly loves playing in your own garden, you may want to consider using turf rather than real grass.

A tree pollen allergy is a little more difficult to control than a pollen one, because the abundance of trees means it obviously has a much wider spread!

However you can still help prevent your dog from suffering by keeping your doors and windows closed and reducing the time your dog spends outside when not on a walk.

In terms of walking, try to avoid doing so at times when the air is windy or dry, as this again makes the spread of tree pollen more widespread.

Weed Pollen is probably one of the easiest to counter, but it requires a bit of a green finger on an owner’s part!

Keeping the outdoor areas of your home clear of weeds and closing your windows will likely help immeasurably, and it’s also a good idea to do some pre-planning when it comes to walks.

Areas like woodlands and grasslands are naturally going to be abundant in weeds, so it’s often a better idea to stick to more built-up areas and well-kept parks when walking the dog.